Plans for a mile-high tower in the Saudi Arabian desert have been unveiled by the billionaire owner of London’s Savoy Hotel.

At 5,250ft, the £5billion project, masterminded by two British engineering consultancies, will be twice as high as its nearest rivals, skyscrapers under construction in Dubai and Kuwait, and almost seven times as high as the Canary Wharf tower in London’s Docklands. 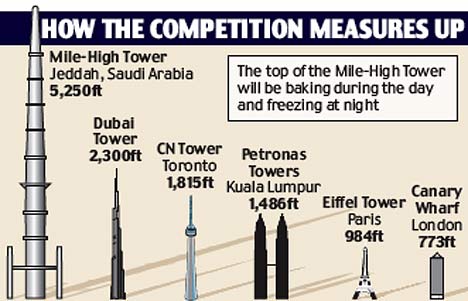