A Dispatches reporter attends mosques run by organisations whose public faces are presented as moderate and finds preachers condemning integration into British society, condemning democracy and praising the Taliban for killing British soldiers.

The result is a fifty minute documentary (video below) which depicts a number of well-known figures, including Australia’s own Sheikh Faiz Muhammad, saying some fairly inflammatory things about non-Muslims and, of course, homosexuals. Whilst the frequent appearance of Sheikh Faiz in the documentary is a sign that, finally, Australia is emerging from the shadow of Mother England in at least one domain, the overall message of this documentary is an unremittingly negative one.

Perhaps, if there is one overwhelming lesson in all of this, it is that imams and religious leaders need to think very carefully about what they are saying.

The documentary is broken into six parts. 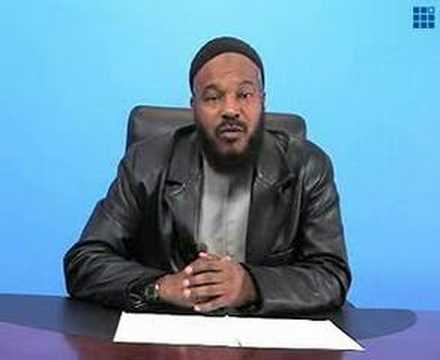 Naturally, the documentary has sparked a lot of debate and generated some varied responses. We’ll add to this incrementally.

In response to the film, British Muslim blogger Kashif writes:

What were Abu Usama And Faiz thinking when making the statements they did? What they said was devoid of any understanding of the context of the time and place we are living in. And the more i think about it, the more i’m sure that brothers such as these have little or no interaction with non-Muslims because its impossible to hold such views and express them so boldly in the UK in 2007 if you’re meeting non-Muslims regularly. They need to move on from describing the UK/Western populace as gays, controlled by Jews, etc.

Abu Usama has offered his own video response to the program.

Green Lane Masjid, one of the mosques featured in the program, writes in a press release:

It is extremely disappointing but not at all surprising that Dispatches has chosen to portray Muslims in the worst possible light. Dispatches has opted for sensationalism over substance with total disregard for peaceful community relations.

This so-called “undercover” investigation merely panders to age-old anti-Muslim prejudices by employing the time-honoured tradition of cherry picking statements and presenting them in the most inflammatory manner.

There was also a slightly bizarre moment when they showed one preacher declaring Islam to be superior to all other religions. This, to me, is like saying the sun appears to be a bit yellow and just a tad warm, considering just about everyone, religious or secular, usually affirms the superiority of their views as opposed to the views of their ‘opponents’. Indeed, the end of history is not only something religious people believe in but many secular ideologies also promote (e.g. neoliberals and Marxists). Religious people are just usually more open about telling others of their convictions.

Inayat Bunglawala responds to the program, arguing that Muslims, “need to be more vigilant in trying to ensure that their premises are not used to promote vitriol.”

Call to Islam Research’s response [pdf] to the issue of the young marriage of Aisha (r) that was brought up in the program as part of their coverage of Abu Ameenah Bilal Phillips.

Sheikh Yasir Qadhi (not featured in the program) has a video response available here.