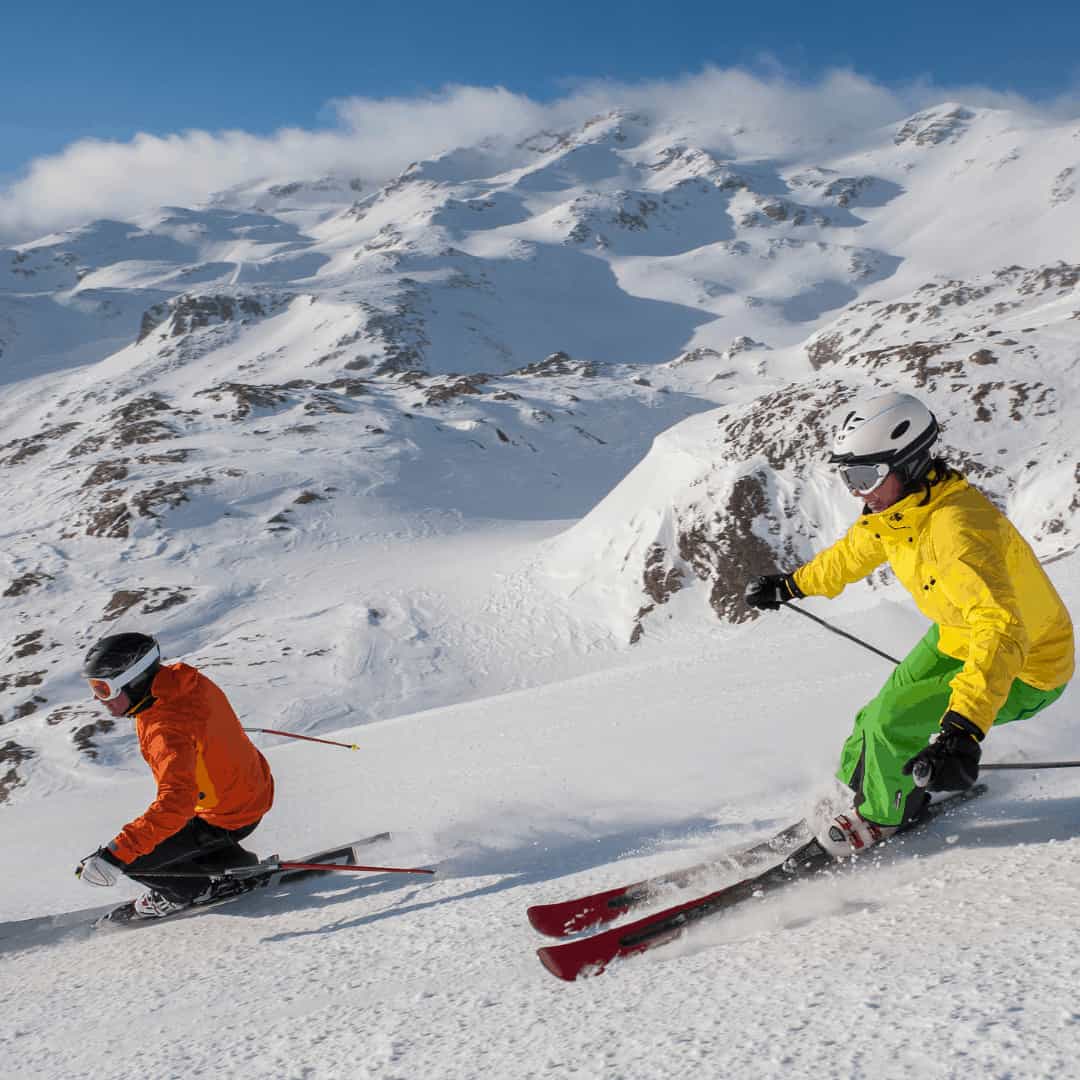 What is the best ski resort? That is not something that can be said. The same sizes are compared again and again. The number of kilometers of slopes is important. Also, it is, of course, interesting how long the individual descents are and how snowproof the area is. Some people are looking for Après Ski opportunities; others prefer to have their rest. Whether with the Partner, with friends or alone-the demands are different. The” best ” ski resort is not available. But probably bigger and smaller. Snowplaza presents the ten largest interconnected ski resorts in Austria.

With a total of 306 km of slopes, Ski Arlberg is Austria’s largest contiguous ski resort. Also, in good snow conditions, the Powder Hotspot offers another 200 kilometers of deep snow descents, which attract free-riders from near and far in the case of new snow. Ski Arlberg presents itself with St. Anton, St. Christoph, Stuben, Warth-Schröcken, Zürs and in Lech as a versatile winter sports resort.

Saalbach-Hinterglemm: not only casual but also very big!

The Skicircus Saalbach Hinterglemm Leogang Fieberbrunn is the all-round ski resort for winter sports fans. Blue slopes suitable for beginners to meet Black marked slopes. This makes families and beginners feel at ease in the ski circus as well as professionals. For freeride, there are perfect Lines in untroubled Powder and even at night snowboarders and freeskiers in the Nightpark Saalbach are offered so much. The 270 km of slopes are used perfectly.

In the varied Zillertal Arena, a total of 143 kilometers of slopes await skiers and snowboarders of all skill levels. Also on short slopes can not be complained. On the contrary, Austria’s longest valley descent takes place in the Zillertal Arena. In the so-called Mountain Eater Tour, the Name is program. From the transition season to the valley, it is 1,930 m altitude and 10 km of slopes!

Thanks to the two glaciers, Sölden is not only absolutely snow-safe, but also one of the largest ski resorts in Austria with 146 kilometers of slopes. While some prefer to drive on the World Cup Carven or the trail of James Bond towards the valley, the others enjoy the sun or lunch at the ice Q on one of the three thousand. Just this mixture makes a good ski holiday.

SkiWelt Wilder Kaiser-Brixental: not only during the day among the largest

With 284 km of slopes, the family-friendly, versatile Ski World Wilder Kaiser-Brixental has earned more than just its place among the Top 10 largest ski resorts in Austria. The separate area is also accessible from Munich as well as from Salzburg and Innsbruck over nine entry points in about 1 hour. By the way, the ski world of Wilder Kaiser-Brixental is not only one of the largest ski resorts during the day, but can also be described as Austria’s largest night skiing area with ten illuminated kilometers of slopes.

In Serfaus-Fiss-Ladis everyone will find the right descent on 214 kilometers of slopes. Also, the ski area offers numerous additional offers. Whether on the long toboggan runs, a meal in the Crystal Cube or an adventurous flight in the Fisser Flieger-fun and Action are programmed in Serfaus-Fiss-Ladis in addition to sheer boundless skiing pleasure.

Every year in Kitzbühel on the most difficult ski run in the world the well-known Hahnenkamm race takes place. But even if it is on the Streif just quietly, Kitzbühel is popular with the winter sportsmen from near and far. This is largely due to the versatility of the ski area, which extends over 179 km of slopes and is always framed by a great Panorama of the surrounding Kitzbühel Alps.

Silvretta Arena Ischgl Samnaun: Relax if you can!

Known for celebrating and appreciated for skiing-this is probably the best match for the Silvretta Arena Ischgl-Samnaun. According to the Motto “Relax if you can”, one would rather enjoy the Paznaun Taja, while the other enjoys the ski holiday on 238 prepared pistes. So holiday in Ischgl can be significantly more than just a Party! This is shown by the well-known smugglers ‘ round alone, which is one of the most demanding skiers with almost 36 kilometers of slopes!

Skiing in Mayrhofen is worthwhile not only because of the much-quoted Harakiri. For many, the steepest slope in Austria with its average slope of 78% is a must. Mayrhofen has much more to offer on its 136 km of slopes. Even when the snow is missing. Finally, more than 100 km of slopes can be snowed by machine. Those who prefer to avoid higher areas with little snow can also do this via the glacier circuit. The challenging ski run leads from Mayrhofen directly to the Hintertux Glacier.

Silvretta Montafon: The area with the longest downhill run in Vorarlberg

Silvretta Montafon is one of the most versatile areas in Austria with 140 kilometers of slopes and has the longest descent in Vorarlberg! For adrenaline junkies and speed lovers who want to face new challenges, Silvretta Montafon also has 7 “Black Scorpions”. This is the title of the deep black descents, all of which have it all in themselves!

Are the largest ski resorts actually in Austria?

The ski resorts in Austria are huge! In Ski Arlberg alone, 305 km of slopes are waiting for skiers. In a global comparison, Ski Arlberg is not among the Top 3. With 600 km of slopes, the French region of Les Trois Vallées is twice as large and thus probably the largest ski area in the world. Closely followed by Les Portes du Soleil, which can score at least 580 kilometers. Finally, the third place is occupied by the Alta Badia, Val Gardena, Arabba, and Val Fassa, which are interconnected via the Sella Ronda over 500 km of slopes. Behind it is Les Quatre Vallées in Verbier.