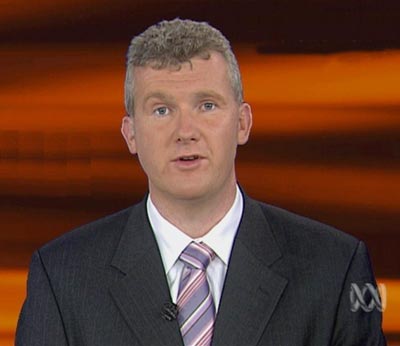 As is now sadly typical, the chronically unimaginative Australian Labor Party (ALP) have attempted to go one step further than the Liberal Party by calling for British journalist Yvonne Ridley to be deported from Australia on the basis of comments she has allegedly made in the past.

For example, Labor’s Immigration spokesman Tony Burke was talking tough on the ABC.

TONY BURKE: This is right at the extreme end of the spectrum, and for her to be considered somebody who is welcome to Australia and having appropriate character to come and speak at conferences in Australia sends all the wrong messages.

TONY BURKE: Having had a look at the comments she’s alleged to have made, I don’t see how somebody who shows sympathy for the person who coordinated or masterminded the Beslan school massacre, the Moscow Theatre hostage crisis, somebody who describes suicide bombings as martyrdom operations, somebody who indicates support for the distribution of videos of the execution of hostages, I don’t see how somebody with those views could possibly pass the character test which the Minister for Immigration is meant to be implementing.

On this point, at least, the Liberal Party seem to be talking some sense.

Immigration Minister Kevin Andrews said Ridley had been allowed to enter Australia because there was nothing to suggest she was a security risk.

“In the case of Ms Ridley, she was judged not to be a threat to the national security of Australia,” Mr Andrews said on ABC radio.

“There is a vast distinction between allowing somebody into Australia whose views you may not like, and somebody who is a threat to national security.”

Tony Burke says it is sending all the “wrong messages” to allow Ms Ridley into this country to speak at conferences.

However, if Ms Ridley is really as dangerous and as corrupting an influence as the ALP would have us believe, why haven’t the ALP commented on the fact that former ALP Prime Minister Bob Hawke shared a conference platform with Ms Ridley and co-signed a declaration at the 2006 Copenhagen Conference on Islamophobia?

Former ALP Prime Ministers sharing platforms with people on the “extreme end of the spectrum” who espouse ideas so dangerous they must stay out of Australia? Surely, the ALP’s continued silence on the matter is sending “all the wrong messages”: one of which might be that they are opportunistic hypocrites.