On the fifth of November, the American libertarian candidate for the Republican nomination, Dr Ron Paul, made history by raising an amazing $4.3 million dollars in a single day of online fundraising. 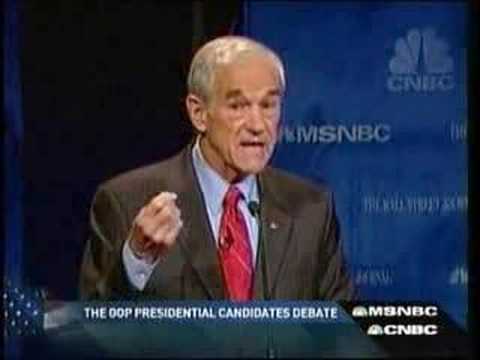 The fifth of November is, of course, the day on which an attempt was made to blow up the parliament and features prolifically in the movie V for Vendetta. The next online Ron Paul fundraiser promises to be even bigger; to be held on December 16th, the day of the Boston Tea Party.

Unlike some of his opponents, Ron Paul’s message of small government, humble foreign policy, personal freedom and low taxes is simple and coherent. It is interesting that the message — or elements of the message — evidently resonate with many people, including people who might not have identified themselves as Republicans or libertarians in the past. A Ron Paul victory would be good for the United States and good for the rest of the world. Let’s hope this is the start of something.

(And, of course, if you are Australian and you too are sick of the depredations of government, then you know who to vote for in the coming election.)